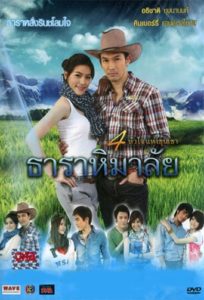 4 Hearts of the Mountains: Season 1

Fate leads Doctor Thipthara, or Nam, the youngest and only daughter of the quadruplets of the Adisuanrangsan Farm to meet and fall in love with Phuwanet. However, Nam believes that Phuwanet is just a worker on her farm although his real identity is that of the Crown Prince of Parawat. In an assassination attempt, Phuwanet was injured and was then sent to the hospital in which Nam became his attending doctor. In order to remain safe, Phuwanet feigned to have lost his memory. Nam is then faced with the struggle of loving Phuwanet and trusting that his love for her is also real because he is a Prince and she is only a doctor from the rural side of Thailand.

How can a foreign girl like Nam can get through the barrier of Parawat’s tradition to be with the man she loves? How will Prince Phuwanet get back to his country and claim back what is rightfully his?